We have been researching the book GRINGO: My Life On The Edge As An International Fugitive that is an #1 Amazon Best Seller and Readers Favorite Award Winner. The book written by Dan “Tito” Davis has been accepted by the readers really well. However, as a business website, we tried to analyze GRINGO from a moral, legal and financial point of view. To understand more about his new book and his journey so far, we recently interviewed Dan Davis.

Tell us what you did that was morally wrong in relationship to business ethics?

My timing wasn’t good as a marijuana smuggler. I was several years ahead of the present day mentality on marijuana, in regards to it being used legally today in various states both medically and recreationally. I was not up to date on current investment strategies or business plans. When I was in the marijuana business the propaganda said that marijuana was the “Devils Weed”! Marijuana was killing babies and so many other evils were being attached to marijuana. Fast-forward to today where they have a huge amount of scientific evidence on how marijuana helps users deal with numerous health issues in a positive way.

As evidenced by all of the people moving to Colorado and other states so that they can live better and more comfortable lives because of their legal marijuana consumption. Timing is the key in any business ventures; my timing cost me years of my life looking over my shoulder as an international fugitive and many years in Federal Prisons. Now what I did is considered legal, depending upon where you are in the United States.

You didn’t really answer the question on morality. What are you thoughts on the morality of marijuana use?

In my opinion people have different thoughts and beliefs. In some religions marijuana is a sacred herb. Other people believe that it is a sin to smoke. The same with alcohol and tobacco, every person has an opinion on what is morally right and wrong. Who am I to say what is correct? 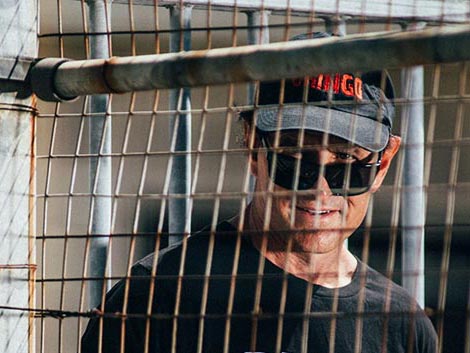 Tell us your opinion about legalization of marijuana?

I believe that marijuana should be legalized in the entire United States. The money earned from taxes applied to the marijuana being sold could be used for productive things in our society, like roads, schools & hospitals. With an excess tax base both the state and federal governments would have numerous options available to them to help U.S. Citizens. We have much greater problems than marijuana, which aren’t a problem but a solution to many of our problems.

Today research on recreational marijuana business shows that many former senior DEA agents are now the biggest legal marijuana business people. Would they enter this business after careers of fighting drugs if they believed they were doing something to hurt society and not help it?

You could also save the taxpayers literally millions by releasing prisoners convicted of non-violet marijuana crimes.

That leads us to the financial aspect of marijuana. What are your thoughts?

The federal government and many states are missing the financial gravy train that they could be receiving with the legalization and taxation of marijuana. It is like when the lottery was illegal and casino gambling was only legal in Nevada!! What happened over time? The states and the Indian Nations realized that people are always going to gamble. The lottery numbers are announced on TV, you can now buy lottery tickets at numerous locations; the tax on the lottery is a major part of almost every state budget. You are not going to stop gambling, drinking or smoking. You aren’t going to stop marijuana consumption either. Financially it is a source of income that needs to be contained and put in the treasury. Why are former DEA agents leading the charge in many of these venues?

You are now the Best Selling Author of GRINGO: My Life On The Edge As An International Fugitive, which is now going to be available as an audio book. You went from being a wanted man, then an ex-felon to a minor celebrity. From a business point of view how has that helped you?

Writing the book GRINGO has opened many doors for me that would likely be closed to someone who went down the same road. People want to meet me, not shy away from me. Most people have never been in the situations or lived the odyssey I have. Everyone has a story. One person told me “the only thing wrong with your story is that you had to live it to write it.”

We just acquired information from a British Attorney who recently met with the former head of the Venezuelan National Police. This Venezuelan official said that the US Government paid Two Million US to have you black bagged and returned to the United States since there was no enforceable extradition agreement between the United States and Venezuela then or now. This doesn’t sound like a good investment for the US Government?

I don’t believe so either! If you add that to the money they spent chasing me around the planet, the cost of the resources they implemented, in addition to the cost of prosecution and paying for many years of incarceration, would put a serious dent in the most business budget. Also today what I was kidnapped for then is now legal in many states.

It goes back to everything is timing and my timing wasn’t good. If I had known that they were going to bribe or pay $2 million to the Mercenaries from the Venezuelan National Police, I would not have been hanging out in Venezuela thinking that their no extradition law.

So as a businessman what would you like to accomplish next?

I believe that successful people should help others and give back. I have a special feeling for all of the people incarcerated for non-violent crimes. I would like to help those people like Kim Kardashian West is currently doing. In my opinion she is on the right track helping the defenseless, the people exploited by the system, the people with little or no hope. She could be doing whatever she wants, but she is now giving hope to the hopeless!