Tito was born in a small town South Dakota, but when he hit college he broke out in a unique and life-changing way he started making his own brand of speed, called White Crosses, and the Banditos Motorcycle Club began distributing it.

And yes he ended up in jail. Once he served a nickel in prison weed caught his attention, and a childhood friend set him up. Rather than go to jail for thirty years, Tito headed south of the border to start a new life, effectively becoming an International Fugitive.

He stayed on the run for 13 years, and it was not a jet-set fueled experience, quite the contrary. It was a harrowing trek with danger at every turn, taking him to the underground hideout of the Medellin cartel, into the jungles of the Darien Gap, and straight into the middle of Mumbai’s madness, and much more.

All the time Tito was hell-bent on keeping ahead of the Feds and the Federales, and in the meantime, Millions of dollars were made and lost. We wanted to know more so we sat down with Dan “Tito” Davis to have a chat. 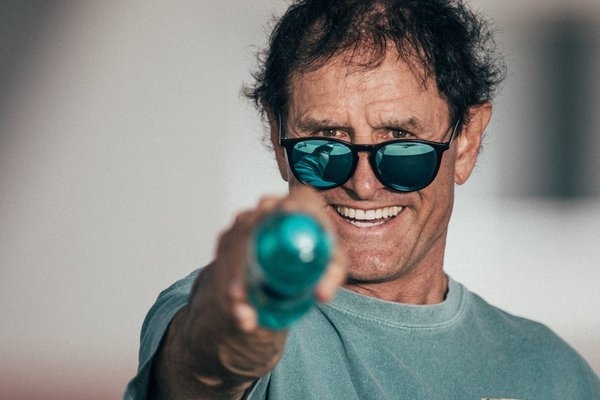 You are a bestselling author, and you are releasing your new audio-book. How was creating the audio-book different than actually writing the book?

Trying to find the right narrator with the proper tone of voice was not easy; we probably listened to more than 50 or 60 different professional narrators.  We picked Tom Hatting because he has the voice that we believe the readers of Gringo want to listen to in the audio-book.

The huge difference between an audio-book and a written book is that you’re listening. When a word is pronounced, it is what you hear.  You can’t read it or reread it if it is not clear. You have to listen, absorb, and be entertained.  That is why your narrator’s voice is so essential, the intonation, the pronunciation, the accent. It is everything!! He is your storyteller!!

While you were working on the audio-book, did you get any new insights into your story?

It had been a long time since I had read Gringo: My Life on the Edge as an International Fugitive. It was refreshing to hear my story told by the narrator, after pushing it away for quite some time.

As far as insights, I realized how unique of an adventure my story really is.   It made me think how fortunate I am to be sitting here, hearing my own life story. How abnormal it is from the usual autobiography.    My life was truly on the edge.

The response to Gringo was phenomenal why do you think your story resonates so much with readers and now no doubt with those who buy the audiobook?

Gringo is shockingly entertaining!! There some things in there that probably no one has done or witnessed. It holds your attention. The average person would never be in those situations. They just can’t comprehend it – it is shocking, it is an adventure, it’s true, and it is emotional. It has it all.

While in college I basically invented the real white cross pill which was the Red Bull of the day.  I was framed for a crime I didn’t commit.  Rather than get a life sentence I fled and became an International Fugitive. There’s plenty of danger. I lived in Columbia under the protection of the Medellin cartel.  My first Spanish teacher there taught me in the morning, and she shot people in the face in the afternoon because she was an assassin. It has sex, love, emotional upheaval, exotic travel, serious action and lots of suspense.

I was kidnapped from Venezuela after I had many near misses.  I went from living in a 5-star resort to using a soggy roll of toilet paper as a pillow in a gray dungy prison cell facing life. Gringo has it all.

Google me:  Dan Tito Davis or check out my website: Gringobook.com

What do you hope listeners will take away from your audiobook?

I hope that everyone from soccer moms to truck drivers will be entertained while they are listening to the audiobook version of Gringo. Before we did the audiobook, we spoke with many people to see what they needed. The only free time these working people have is when they are in their vehicle.  All they listened to were audiobooks because they didn’t have the time to actually read a book. After hearing that we knew that doing audiobook was a must.

Now that you have finished the audiobook is there a sequel or maybe a film in your future?

As many reviewers have pointed out this book is what movies or miniseries are made from-it has all of the elements and then some.  It is only a matter of time before Gringo is made into a major motion picture or a miniseries. I have an excess of fantastic material, about another 500 pages that aren’t in the book.

We have been contacted by Brad Pitt and Mark Wahlberg’s agents – and also Netflix.