In The Wind (Episode #3) – Mongolian Express with Dan ‘Tito’ Davis

In The Wind (Episode #3) – Mongolian Express with Dan ‘Tito’ Davis

Checking in from the road as I travel from Beijing to Mongolia on the Mongolian Express! I met a new friend from California as I was boarding the train. Matt Augustine (PHD), the mad scientist from the University of California, helped me with book pimping Gringo and promoting it on the train until he would have to leave me at Ulanbataar for a hike in Gorki-Terelj National Park.

In my train compartment there were 4 bunks. Two on each side, stacked top and bottom with a shared shower. Pretty excited about having the bunk above me vacant as I wasn’t too keen on sharing such a tight space. The train compartment was even smaller than the space I had in a cell, as I remember.

During our ride, Matt and I recognized that the landscape in Mongolia had an odd resemblance to the desert in Nevada. It was nice to have a sense of similarity to relate back to my life in the states, even though it was actually unfamiliar territory. Seeing similarities or familiar faces in foreign places I often found comforting during my life on the run and it helped to bring a brief sense of “normalcy” to the situation. 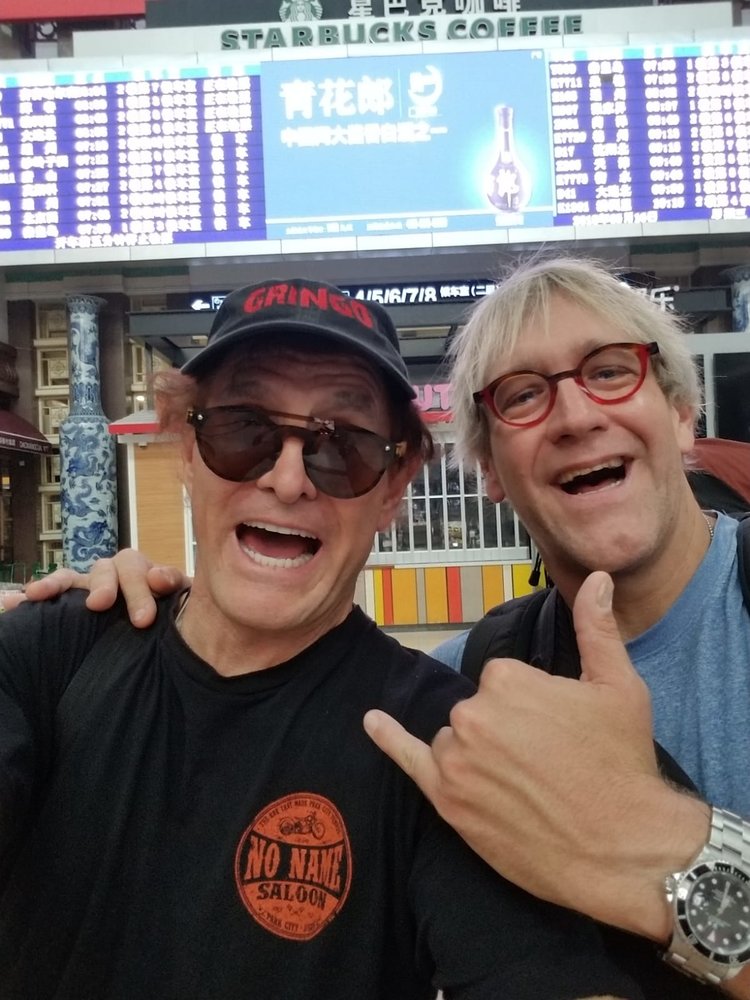 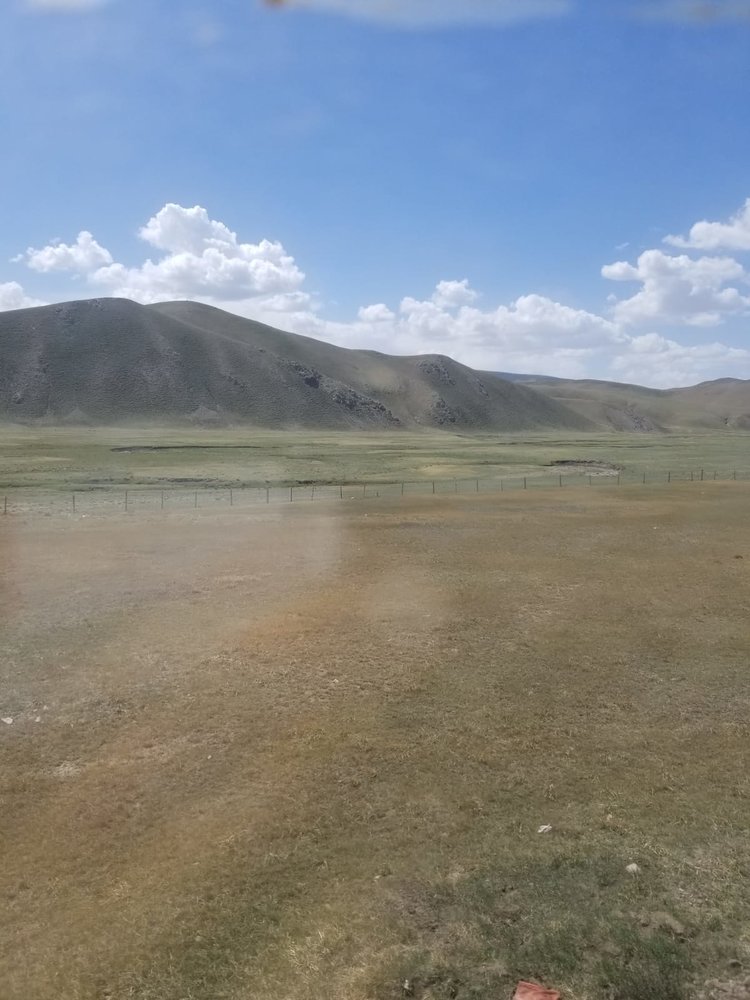 The land we passed during our ride on the Mongolian Express was scattered with windmills and solar panels. With open land that stretched for miles, Mongols really took advantage of the renewable energy resources.

When I got off in Ulanbataar and parted ways with Matt, I got to check out a traditional style house of a Mongolian Nomad. The traditional housing of a Mongol is called a ger and costs around $1,000. I was impressed with the size of the place as it appeared much smaller from the outside. Western style and more expensive houses are being built in the capital of Ulanbataar, but many rural Mongolians have kept the more traditional lifestyle of living in a ger. The ger really had adequate enough space to do what you’d have to do as a nomad. 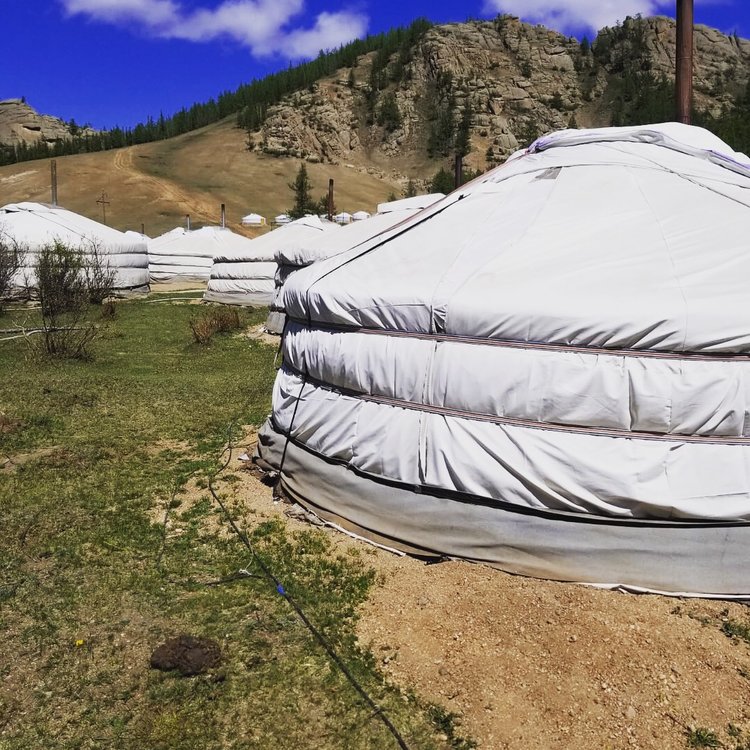 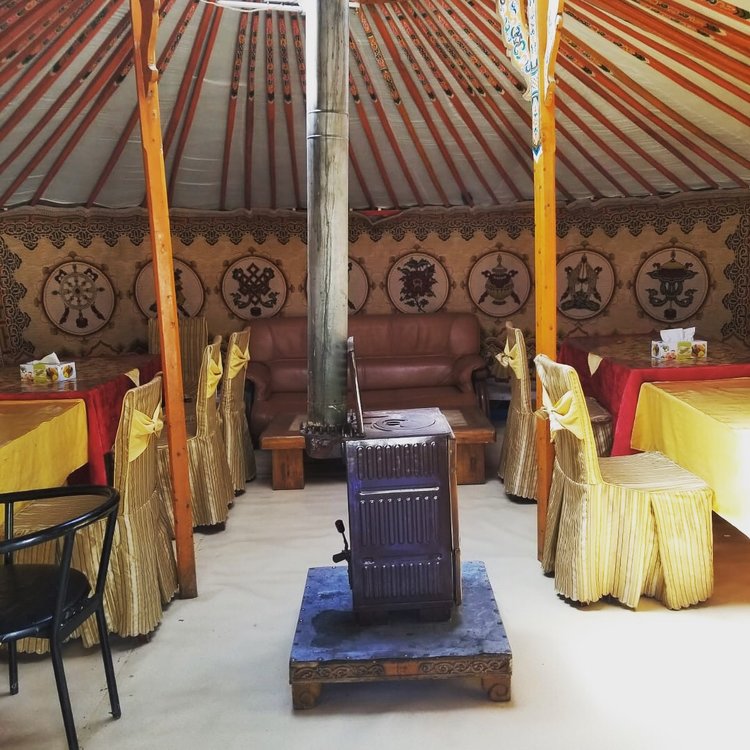 When I got to see a typical Mongolian toilet, it wasn’t more than an extremely tight space with a hole in the ground. There was just enough room for me to back up, drop my drawers and do my business, then step forward to get out. There was no turning around or doing anything more than walking in a back and forth squat. It was definitely a different deal than using the bathroom in most other countries that I’d been to. 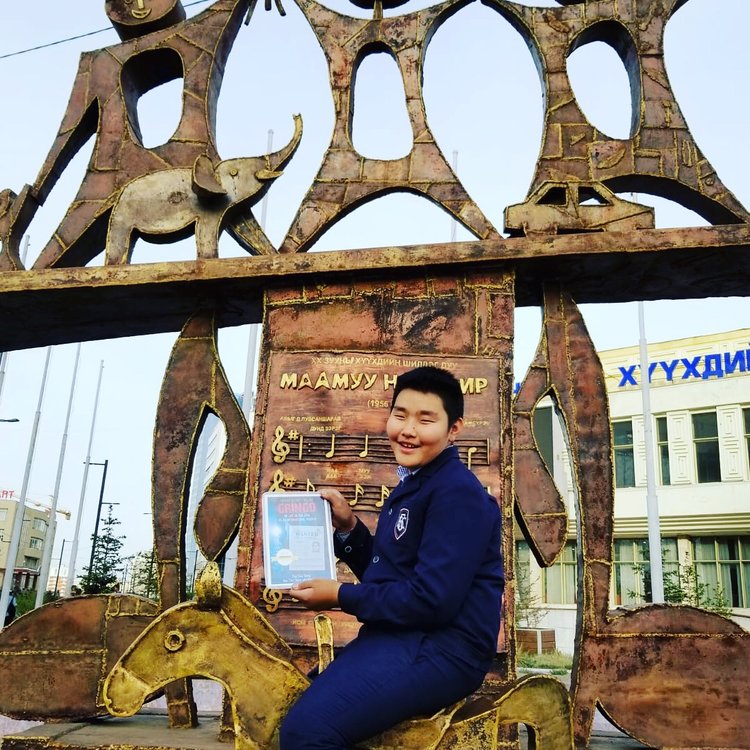 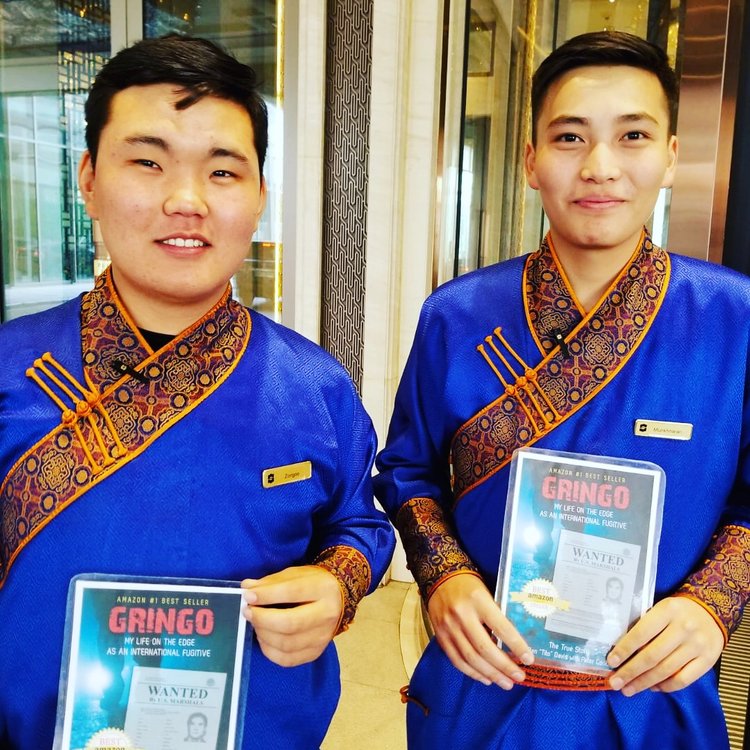 Venturing away from the train station led me to a Mongolian riding stable. I made a Mongolian friend, Vira, who certainly understood some of what I was saying but really just smiled as he couldn’t speak English. Vira was very hospitable and it was a privilege to spend time with him and his buddies during lunch. Out in this desert there were no rivers or forests, hardly any fences, electric poles or telephone wires and it was so rural that the only real signs of life were the nomadic herders I met and some animals.

Back on the train with the Trans-Siberian Handbook in hand next to my book Gringo, off I go ‘In The Wind’ to Siberia… 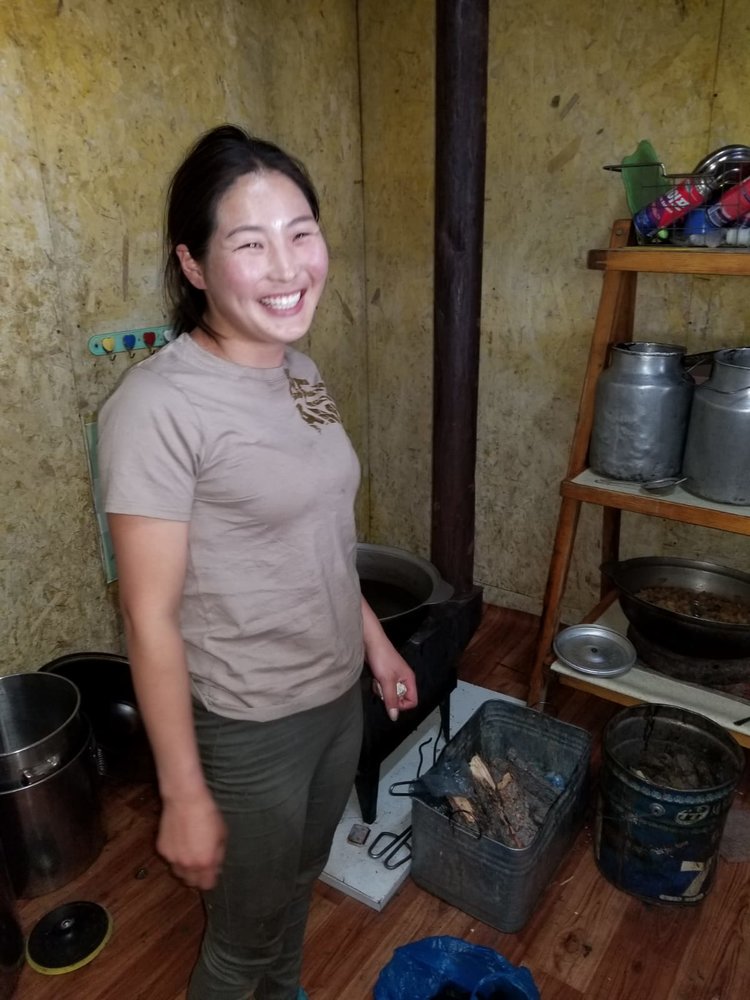 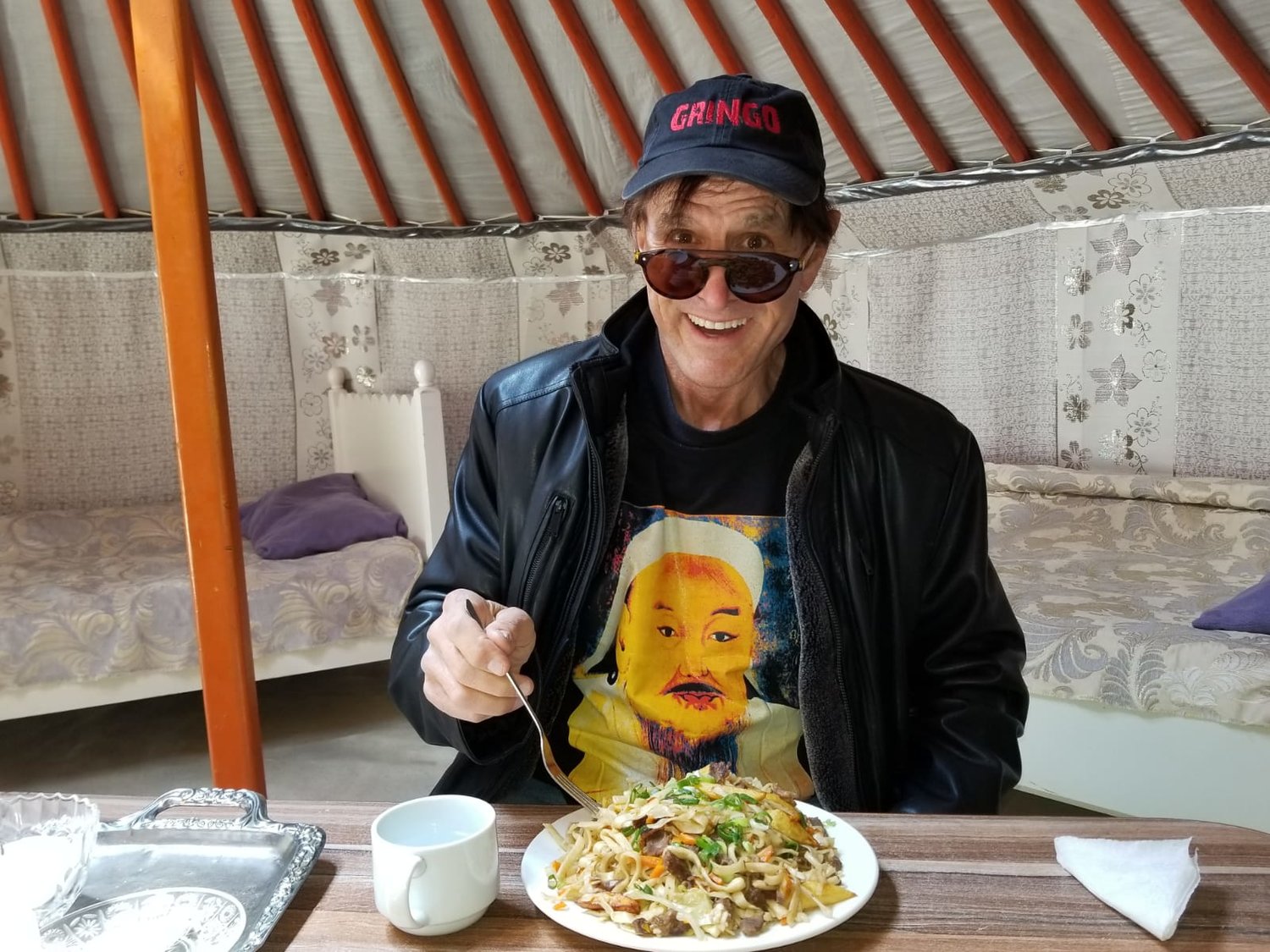